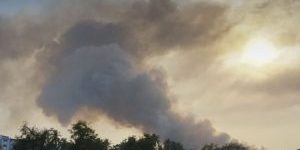 BrioAgro has been measuring the air quality of Seville Metro carriages since 2021, using its devices to measure air quality in greenhouses and enclosed spaces, even in some open rural spaces.

The indicators that BrioAgro provides in real time to its customers with devices in greenhouses, warehouses, farms or buildings are: 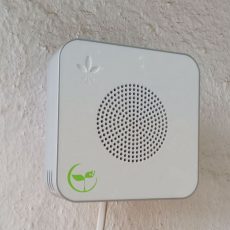 We use a reference value for carbon dioxide (CO₂). The ideal values in rooms with people or animals should be between 400 – 550 ppm, when values of 1,000 – 1,200 ppm are exceeded, measures should be taken and ventilation should be provided. COMPLUTENSE UNIVERSITY OF MADRID

A main ingredient of this combination is particulate matter (PM). Particulate matter is solid or liquid matter suspended in the air around us and is usually classified according to its diameter.

Our nasal hairs prevent particles of around 100 µm from entering our bodies, but many other, smaller particles manage to get in, and these are the main ones, according to air quality standards:

Last September, the WHO, the World Health Organisation, set new, more restrictive air pollution thresholds in September 2021. These are the values set by the guidelines:

Other pollutants, measured especially in the outdoor environment of cities:

The list of health disorders associated with particulate matter is growing almost continuously. PM has been linked to several lung diseases and heart attacks, and is classified as a class 1 carcinogen. No wonder the World Health Organisation ranks air pollution as the single greatest environmental risk to human health, causing seven million deaths a year.

The UN’s own most up-to-date data (from 2019) estimates that 90% of the world’s population lives in areas where concentration levels exceeded those indicated in the 2005 WHO air quality guidelines for prolonged exposures to PM2.5.

Although the safety thresholds set by the WHO are not binding, this step is essential for each country to decide whether to set limits for each pollutant and whether to set WHO limits, as many nations have been doing in updating their Nationally Determined Contributions (NDCs).

94% of Spaniards breathed polluted air in 2019, according to Ecologistas en Acción
The two types of microparticles, PM 2.5 and PM 10, usually come from the burning of fossil fuels and are considered dangerous to health as they can penetrate the lungs, although the former are even more harmful to health, as given their small size they can reach the bloodstream, warns the WHO.

According to the WHO, 90% of deaths related to PM 2.5 particles can be avoided if the new guidelines are adopted, which in principle are not legally binding, although according to the organisation they are highly recommended, not only to protect health, but also to combat climate change.