Agriculture in the desert 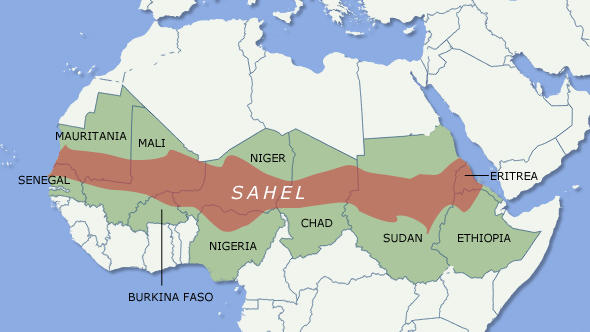 Map of El-SahelA strip of three million square kilometers of aridity extends from the Atlantic to the Red Sea, bathing the poorest regions of the planet with its high temperatures. In the Shael, “the hunger belt”, when humanity had not yet noticed climate change, its consequences were already being felt. Droughts were becoming tireless and extreme, and the desert was advancing unstoppably in its intestines on the shoulders of deforestation, whose flames were stoking up a growing population that found wood as the only resource for cooking and heating its numb extremities.

Since the 1970s few have been able to enjoy a bonanza in this forgotten land. In those years and during the 1980s, several periods of famine scourged the stomachs of the Sahel from one end to the other, claiming more than 100,000 lives in the last shake alone. 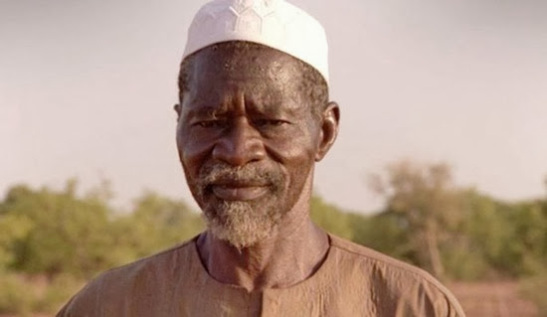 A Burkinabe farmer, Yacouba Sawadogo, has managed to make more than three million hectares of desert land fertile. He has managed to stop the unstoppable advance of the desert in his country by using a traditional agricultural technique called “Zaï“, although he has adapted it to modern times.
This method consists in digging holes of about twenty centimetres in which manure and compost are deposited next to the seeds. After three years of experimentation, this obstinate Burkinabe is convinced that the “Zaï” can be the definitive solution to stop the desert.

The manure attracts termites, which digest the organic matter releasing more nutrients for the plants, and create a network of galleries that helps water circulate under the soil when it rains. In addition, cordoned pierreux, long rows of stones that retain and dam up rainwater and prevent erosion, are spread across the fields.

Over time, the results have caught the eye of the people themselves, then the Burkinabe authorities, and finally international experts from the FAO and the African Development Bank. Thus, the movement inspired by this peasant has planted millions of trees in an area of hundreds of hectares that has long since been deforested.

Since then, its ingenuity has been successfully exported to other countries in the region, and is proof that the solutions to the problems lie within the continent itself. This is a practical reason that can serve as a support for the Afro-optimistic discourse on the present and future of most African countries, a discourse that has superseded the traditional Afro-pessimism, a tragic and pessimistic account of Africa inspired by the Hegelian theses of the nineteenth century.

Chris Reij, one of the world’s leading experts on dryland recovery, working for the World Resources Institute in Washington and the Free University of Amsterdam, has acknowledged that “Sawadogo alone has had more impact on soil and water conservation in the Sahel than all national and international researchers combined. While Ali Oudregou, a technician from the Burkina Faso Ministry of Agriculture, says they have “seen the extraordinary results of their system, which allows farmers to double and even triple their harvests.

Go to Top
Open chat
Need help?
Powered by
Hello
can we help you?