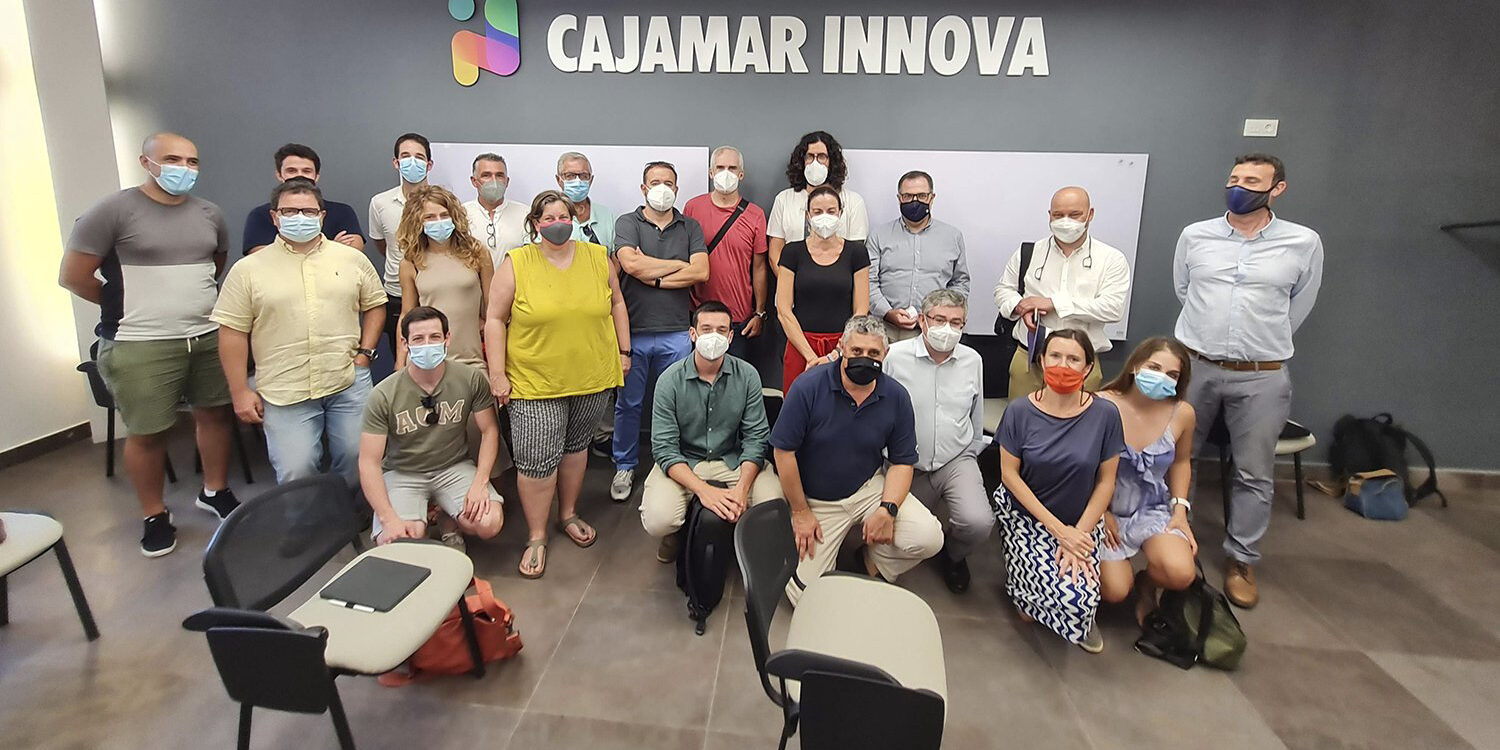 BrioAgro is one of the high-tech companies selected to be part of the first edition of Cajamar Innova: Cajamar’s innovation ecosystem, which accompanies entrepreneurs and companies in the development of new projects to address global water challenges.

On July 21 and 22, all the selected companies met in Almeria, both in the Cajamar Foundation in Las Palmerillas and in the offices that Cajamar Innova has opened in the center of Almeria:

BrioAgro was represented by its director, José Luis Bustos, and Francesca Berti, BrioAgro’s agricultural engineer, who is actively working at the University of Almeria.

At this first conference, in addition to coexistence between the companies that will share space in the coming months, visits were made to the water sector in Almeria, starting with water management in the food industry, where BrioAgro is one of the leading companies due to the savings achieved with its technology.
In addition, they visited water treatment plants, desalination plants and the Water Users Community of the Comarca De Níjar (CUCN), as reported in the Diario de Almería of July 26, 2021 (https://www.diariodealmeria.es/finanzasyagricultura/Cajamar-Innova-referencia-gestion-CUCN_0_1594642427.html).
CUCN is a community of irrigators that mainly manages desalinated water in five municipalities: Níjar, Lucainena, Sorbas, Carboneras and Almería capital. They manage groundwater in a sustainable way by combining it with the water generated by desalination, achieving an ideal mix for crops and under a structure in which losses, despite the immense infrastructure it has, are minimal.

Cajamar Innova, the Accelerator/Incubator of High Technology Companies specialized in Technological Innovation and Sustainable Water Management of the Cajamar Foundation, because “Cajamar, a bank that knows the water sector very well.”
In fact, this initiative has its origin in the activity of a bank and its Foundation, active since 2006. Unlike the agri-food sector, perhaps not many of Cajamar’s financial customers know that their bank is also a great connoisseur of the water sector in Spain. In a meeting with the media, Roberto García Torrente, director of Agrifood Innovation at Cajamar, stressed the bank’s commitment to optimizing water use for more than 50 years and recalled that this resource is currently a key factor for the development and improved competitiveness of any territory. “We want to provide solutions to be able to transfer them to areas with similar problems” to those existing in the Southeast of Spain, he said.

From Almeria, Cajamar’s home city and perfect place to address innovation in the world of water, the organization has been immersed in this field since 1975, researching into a more efficient use of this resource. To this must be added the ecosystem of entrepreneurs that Cajamar has managed to form in recent years, adding teams that work in a network on the important issue of innovation.

As colleagues say it has been a very enriching experience that bodes well for the future of Cajamar Innova and the selected companies !!!